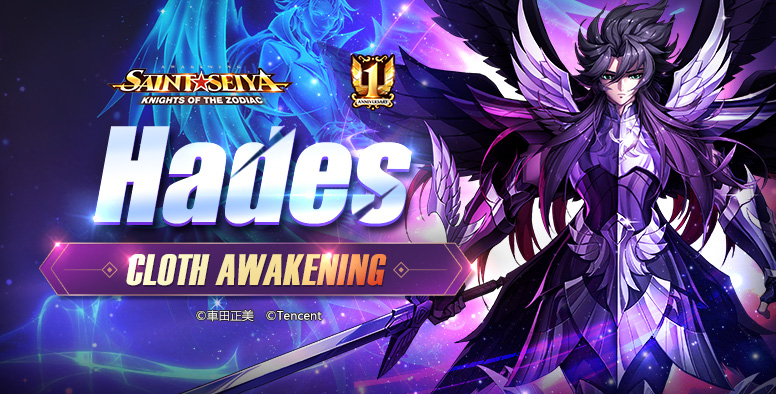 Hades' Surplice will be awakened on September 23rd.

•      Forms a contract with an enemy after casting [Great Eclipse I - Awakened], transferring 70% of the damage he takes to the enemy.

•      After 2 rounds, the planets align and before Hades takes an action, the HP of all enemies is reduced by 30%; also unlocks [Great Eclipse II - Awakened].

There will be a free Hades Surplice part in events, followed by Treasure Hunter, Cloth Rebate and Daily Logins to help players awaken Hades.

The Lord of the Underworld has returned! War is imminent!