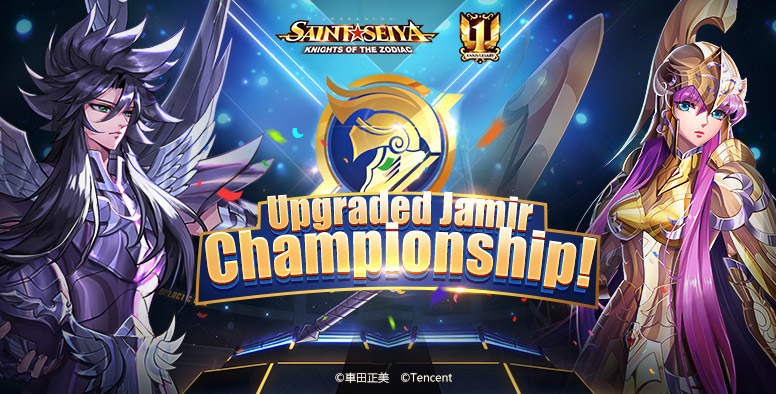 The Jamir Championship is getting an upgrade! The top 2 players from Server A and Server E will now face off against each other to determine who really is the top Saint Seiya Awakening KOTZ player in the world!

Rules: After the elimination stage, the top 2 players from the European and Americas servers will battle against one another on Saturday and Sunday. A world champion will emerge after 2 rounds of single elimination matches to take home the highest honor!

Match: Winners from the first round face off