Andromeda Shun is powerful but has a kind-hearted personality, which is why he does not wish to harm anyone, not even his enemies. Thus, he has chosen to hinder enemies with his chain, restricting them. He also uses his chain as a shield to support his companions and reduce their damage taken. 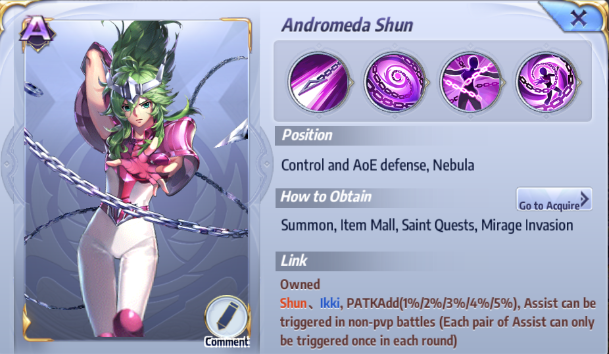 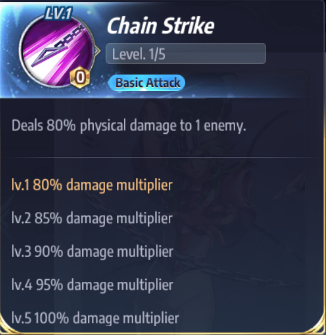 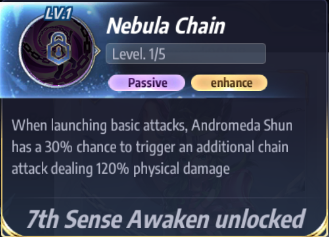 Tip: Once his AoE buff is at max level, it'll grant all friendly units +40% P.DEF and C.DEF. Which is great when using lineups with defensively-weak Saints. 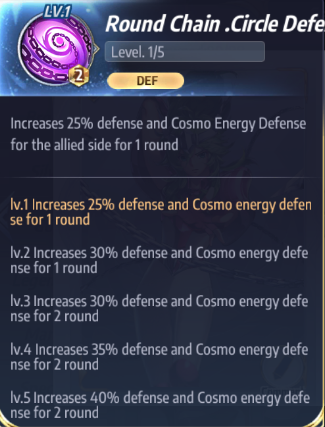 Tip: Powerful control skill which are not affected by Inflict Status Chance and Skill Res. Very strong when taking down enemy key Saints. 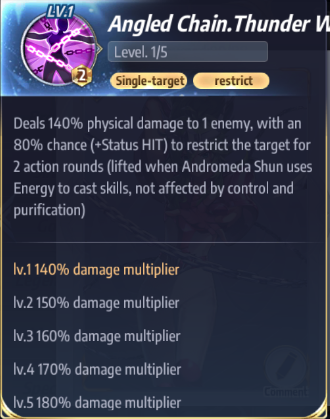 Shun is a well-rounded support capable of buffing his team and controlling the enemy. His offense and defense are rather equal, and doesn't have any special shortcomings. There’s a spot for him in most lineups. His only shortcoming is his rather low SPD, which makes SPD Cosmo almost a must for him.

Coupling the P.DEF of a Physical Stone with the P.DEF and C.DEF of a Dual Defense greatly increases his defensive capability. And a New Moon will make up for some of his inadequate SPD. 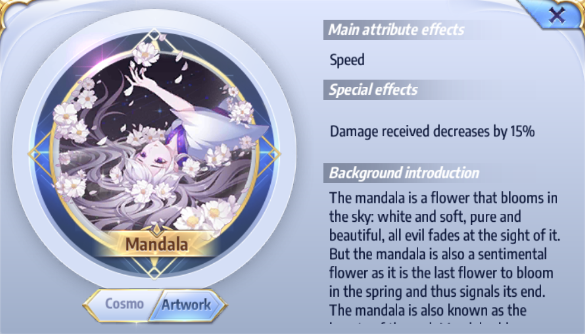 Makes up for his lack of SPD and puts him further up in the action order, while granting him high defensive attributes. The icing on the cake is the added damage reduction from Mandala which grants him much needed tankiness.

As Shun is very well rounded, he fits most types of lineups. A common 6v6 lineup usually consists of support + control + energy + 2 damage dealers. Shun is capable of both supporting and controlling, and with his high defenses, he often fares well even without a healer. The final spot can be filled by a support Saint capable of reducing skill costs, for example Sextans Luna.

Shun possesses very potent control skills, and his Restrict effect cannot be dispelled. But there’s a gap in between his controls (there weren’t in the first version, heh). However, due to his passive damage reduction, it is very difficult to finishing him off during one of these gaps. Which is why your best bet is to control him when you get the chance and kill off your other enemies first.