After breaking through a thick layer of ice, Hyoga went down to the bottom of the sea and finally saw his mother again. Hyoga’s ice has reached absolute zero, which makes him capable of freezing anything nearby. His ultimate [Diamond Dust] deals high ice damage to the enemy and can even freeze them solid. 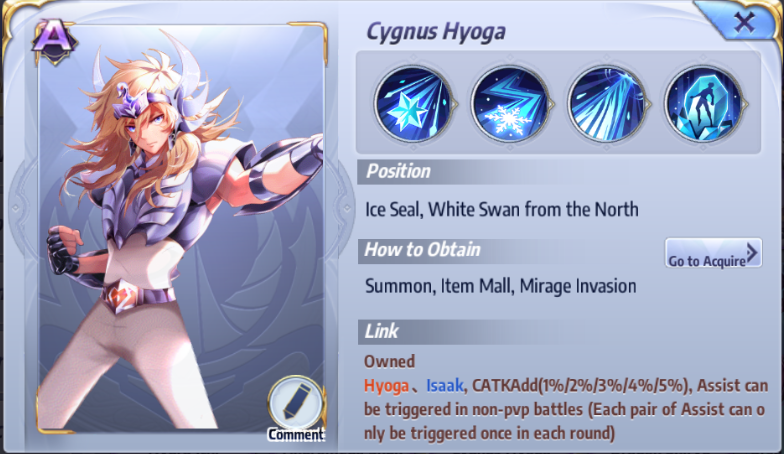 Tip: Hyoga’s basic attack applies 2 stacks of Ice Seal to the enemy. Quickly stacking up seals is a great way of controlling the enemy. 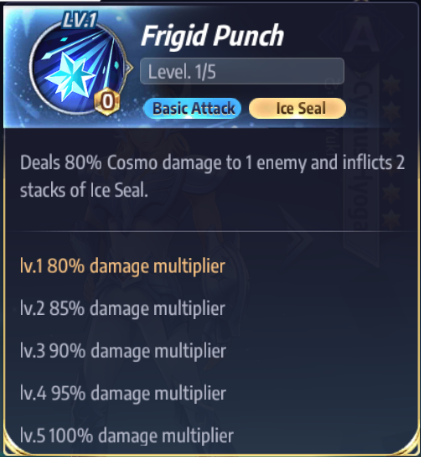 Attacks have a 60% (65%/70%/75%/80%) chance to apply 1 stack of Ice Seal. When Hyoga attacks an enemy with Ice Seal, he has a chance (+Inflict Status Chance) to freeze it for 1 round. Every stack increases the chance to freeze by 8%. Multiple attacks can only trigger this effect once. Stacks up to 5. 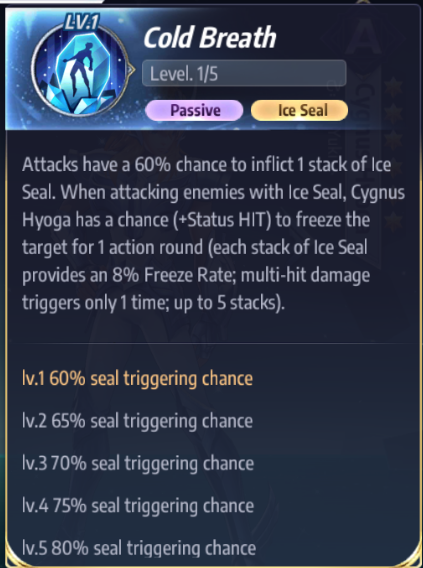 Tip: It costs 1 energy and deals quite good damage. It is however random which makes it difficult to control. Coupled with Hyoga’s passive, it is capable of stacking several Ice Seals. 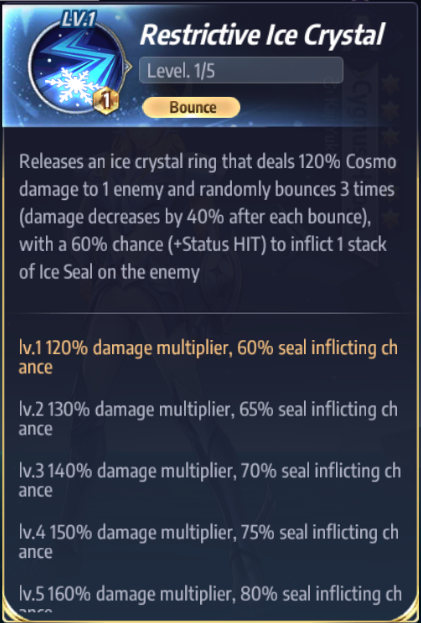 Tip: Consumes Ice Seals on your enemies. Be sure to check how many stacks they have before using it. It is recommended to wait for the right timing to use it or when you need to finish off an enemy. 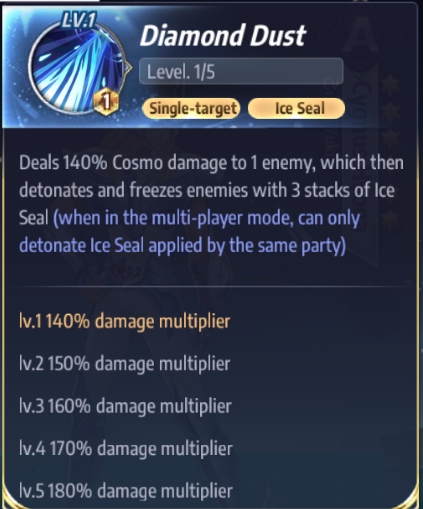 Hyoga is a low-cost Saint and Diamond Dust’s damage is quite high. Restrictive Ice Crystal is also quite good and even though it costs 1 energy, you get a good deal as it bounces three times. He can only freeze enemies that have 3 or more stacks of Ice Seal, and it takes time for him to apply all of them by himself. It is better to pair Hyoga together with other Ice-type Saints. 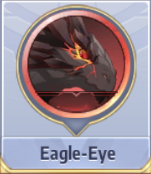 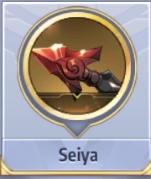 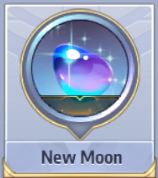 As one of the three Ice Saints, Hyoga’s aim in battle isn't to deal damage, but to stack Ice Seal and control the enemy. Arrow grants much needed Inflict Status Chance and New Moon grants him extra SPD.

1.     Mandala (reduces damage taken by 15%): Hyoga isn’t very slow, and using Mandala takes him further up in the action queue, while also making him take less damage. He can do more good the longer he stays alive. 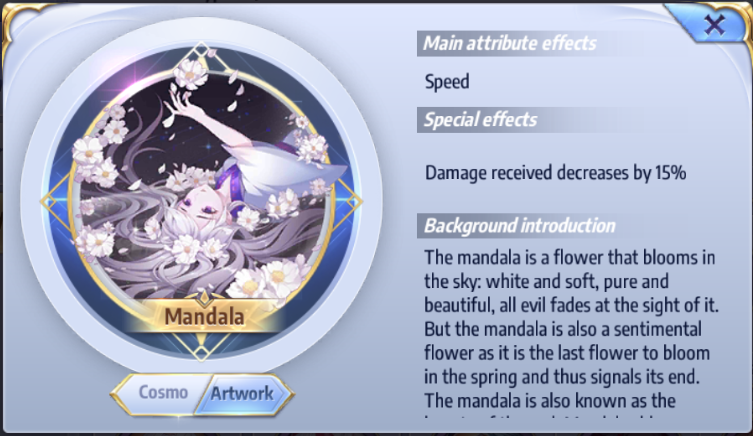 2.     Special Cosmo: Decelerator (Attacks reduce the target's SPD by 30): Due to Restrictive Ice Crystal, using a Decelerator makes Hyoga capable of controlling the enemy even more. 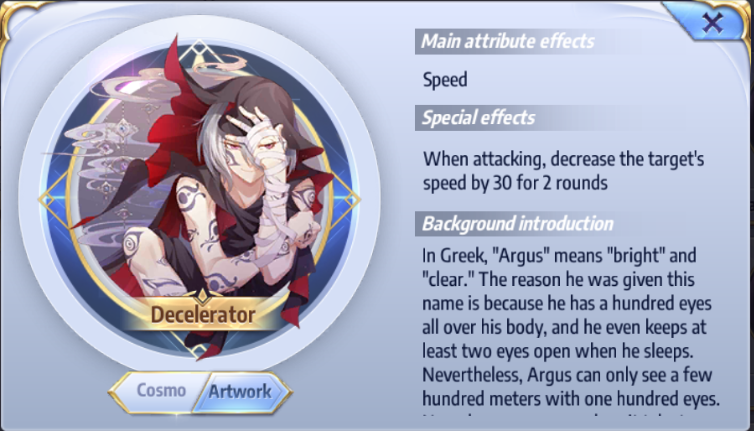 Three Ice Saints: Aquarius Camus + Black Swan + Cygnus Hyoga. This is probably one of the lineups which works best for Hyoga. With two more ice Saints on the battlefield, it is much quicker to stack Ice Seals, thus making his control skills all the more potent.

During the beginning of the battle Hyoga helps with stacking Ice Seals and to control the enemy, laying the foundation for Camus’s damage. When Ice Seals are stacked to the max and Camus has dealt the damage, Hyoga can deal the final hits or control them.

Although he is the core of the Ice Saints, Hyoga can only control you if the enemy manages to quickly stack up their Ice Seals. The bounce on his skill also has the ability to AoE freeze, which is why you should either control or focus him down first.