The Dragon Saint Shiryu uses the Dragon Fist and traditional China martial arts, and has mastered the use of various weapons. He trained at Mt. Goroho in China where he gained Draco’s support. From the power of Draco he has learned Rising Dragon Punch which enables him to get the drop on his enemies. He also possesses the Dragon Shield which has diamond-like hardness. His combined attack and defense make him hard to take down. 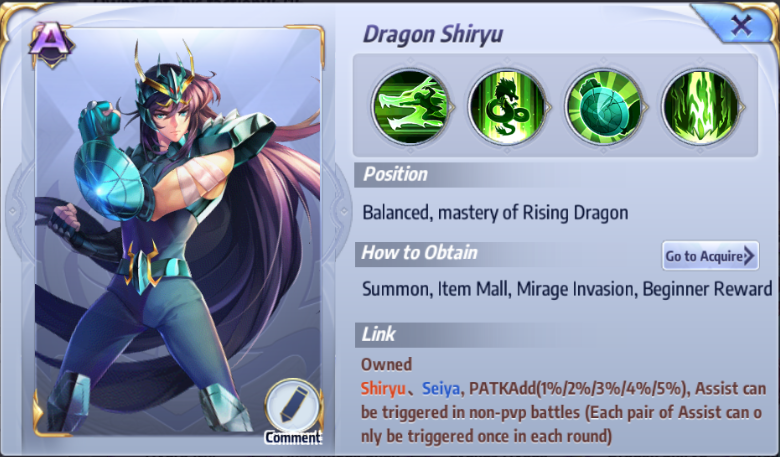 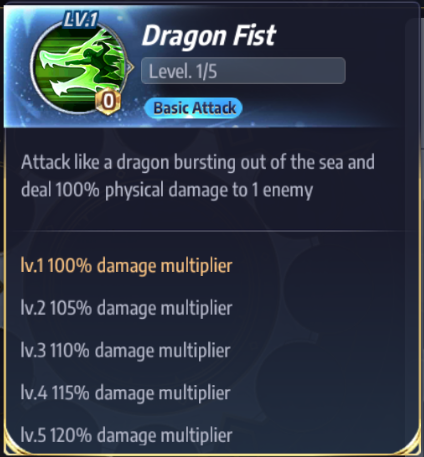 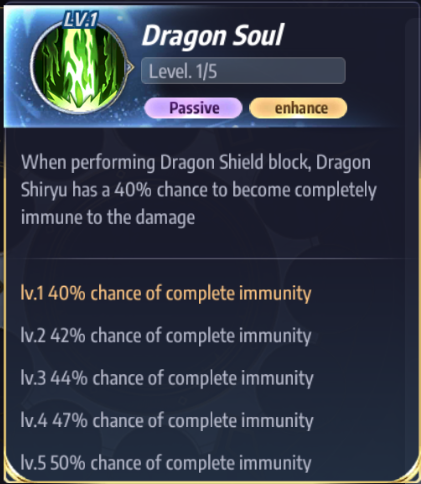 Shiryu defends a friendly unit with his Dragon Shield before his next round. He will intervene and soak the damage from 1 attack directly targeted at that unit, while doing so he will take 40% (45%/50%/55%/60%) reduced damage. Shiryu can only protect 1 teammate at a time with his Dragon Shield, and if he is controlled, this effect cannot be triggered.

Tip: This is one of Shiryu’s core skills. It is useful for protecting core members from being taken down. 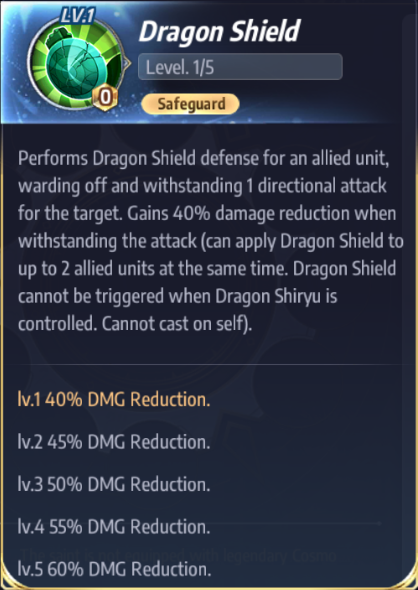 Tip: It has high maximum damage potential and Shiryu has decently high SPD, which often leads to great moments during the first round of battle. 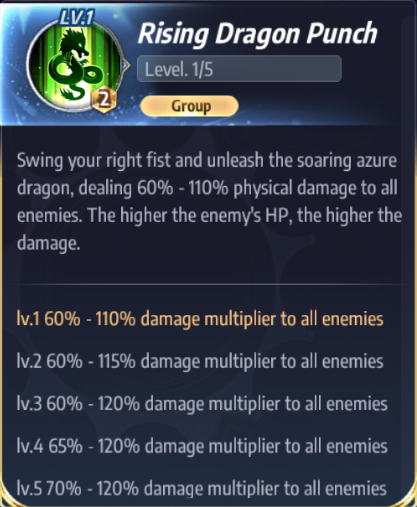 Being able to both deal damage and defend makes Shiryu a very versatile Saint. Rising Dragon Punch’s maximum damage is very high, and it'll most likely give you the upper hand in the beginning of a battle, at least HP wise. For lengthy battles where many blows are traded, it can be used to deal high damage to enemy core members. He can also use his Dragon Shield to protect his healer or core damage dealers, making it more difficult for enemies to kill them. 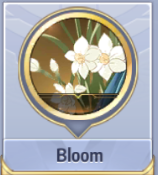 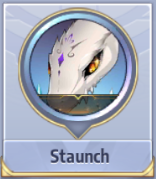 These Cosmo greatly increases Rising Dragon Punch’s damage, and with Shiryu’s already high base SPD, he’ll soon be able to launch attacks upon the enemy. Once an enemy is on low HP, his teammates should be there to mop them up.

Chain of Hephaestus (deals an extra 40% damage against targets with more than 70% HP):

This’ll make Shiryu deal very high damage to Saints at full HP. Couple Chain of Hephaestus with his high SPD and you’ll dish out some nasty damage when the battle begins. 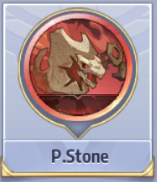 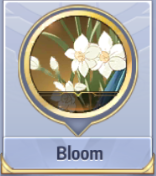 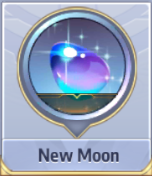 The whole purpose of this build is for him to support his teammates, which is why he should be as tanky as possible. 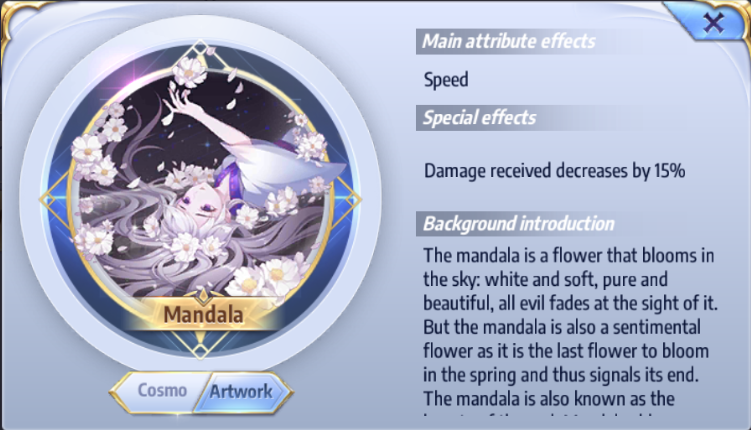 His Dragon Shield and passive makes him take greatly reduced damage, transforming him into an impregnable fortress.

He'll help teammates absorb damage, and that’s just the companion Aries Mu loves. Mu shields Shiryu, and Shiryu absorbs the damage taken by a teammate, which increases Mu’s damage. Of course, this shouldn’t be your main source of damage, but it helps. As Mu can Shield Shiryu, your team will have both damage and survivability. But Shiryu can only protect someone from 1 attack skill directly targeted at that unit, which is why the lineup also needs burst damage dealers, like Milo or Jabu. Jamian is recommended for healing. With Mu on your team, there’s no real need for AoE heals, andJamian’s heals are very cheap. Shiryu can also protect him from damage, allowing him to heal with ease.

Shiryu has very high SPD and is not easy to control before he takes his turn. The easiest way to counter him is to have a healer and control on your team. Be prepared for a lengthier fight where you retaliate and try to avoid getting blown to smithereens by his Rising Dragon Punch. Shiryu doesn’t have a way to deal with controls. Use that to your advantage and make sure he can't deal damage and protect teammates as he wishes. Try to focus down enemy Saints as quickly as possible, as a Shiryu without the support of his teammates is not all that useful.